Here it is
The egress

12:01
The after party
You, me,
Two boxes of Fettuccine,
An apple pie cooling
And Hot Fuzz on DVD.
Loki flees
Explosions he can’t quite shake,
Galloping between
TV Room and Kitchen
Only stopping to
Eat
Drink
Use the litter box
Play in said litter box
And mew for mom
Who treated tonight
As any other night
Falling asleep
at 11:15

“Wake me up,”
Your shut eyes said,
“In the morning”
Well, it is morning
But I can read your mind
And I know
A sleepy you
Cares not for
Technicalities.
I predict
The new year
Will be around
For sunrise.

Strange, the neighbors
Aren’t screeching.
I had them for the
Drummer-boy types,
Taking stage to
Bang pots and pans
On their porch
In broken Morse code.

1:00
No fireworks
No sirens
No one stumbling,
Fumbling for their keys
The sound of the great many
Settling in
Again

2016 was a bad year for a lot of people.  A gorilla became the Smells Like Teen Spirit of memes,propelling meme culture into the mainstream, meaning any day in 2017 we can expect to see Harambe or Pepe The Frog on a t-shirt in Wal-Mart, countless celebrities were ruthlessly murdered by a cold gang of mostly even numbers, Vine is dead, and we learned a Pennsylvania driver’s license is no longer a valid form of federal identification.  I can’t think of anything worse than those things. 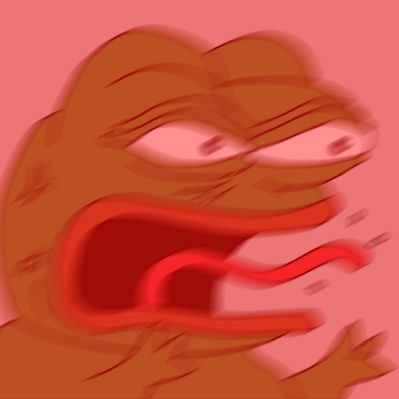 END_OF_DOCUMENT_TOKEN_TO_BE_REPLACED

74 years ago, a man by the name of Bob Middleswarth started making potato chips in his home, a sort of comfort food for a particularly uncomfortable time in human history.  The potato chip auteur grew from making them in a kettle to owning a 40000 sq foot building in 30 years.  You can find Middleswarth chips throughout the eastern side of Pennsylvania. There are 11 different varieties, the most popular being their barbecue chips.  Middleswarth(pronounced Middles-worth or Middle-swarth depending on who you ask) barbecue potato chips are the second most sought after thing by people who move away from Eastern PA, next to the low cost of living.

END_OF_DOCUMENT_TOKEN_TO_BE_REPLACED

Hey everyone!  It’s been a minute since my last post. I’m sorry about that.  I have been away for a few reasons.  The first being that my girlfriend and I decided to move in together and out of our respective parents’ homes.  We just moved in to a nice two bedroom apartment not too far from my work.  I am currently typing this in the office, our office.  It feels great.  We’re still setting up but I look forward to getting into the swing of things.  Adulting, you might say if you had the originality of a paper bag.  We have the majority of our things moved in and set up.  We just need some miscellaneous kitchen and cleaning supplies and we should be all set.

The second reason I took a break was to get a jump on writing.  In previous posts, I have mentioned that I am writing a novel in my spare time.  My break from blogging as well as a change of writing time (evenings instead of mornings.  I’ve had too much trouble getting up early as of late) was enough to push me to the finish line.  I am currently on the last chapter.  I want to churn it out so I can work on editing it.  I need to work on fleshing out characters as well as balancing the tone of the story.  I hope to have a readable draft for Summer 2017.  In the meantime, I want to write a couple short stories as well as plot a second book I’ve been itching to write.  I may even attempt to fit a screenplay in there as well.

The final reason for my hiatus is, truth be told, the 2016 Presidential Election.  A lot has happened even in the past month, but people more informed and more interested than I am covered it better than I ever could.  I didn’t want to shoe-horn in a Trump or Hillary gag, but I felt as though it would have been weird for the reader to read my blog posts as I try my best to tiptoe around the only news story America cares about(until Wednesday, November 9th).  I’m not the political type.  I think it’s a special form of masochism to be “into politics.”  I’m a registered Libertarian, but I find a lot of Libertarians off-putting because they’ve somehow managed to take a very neutral political stance and make it extreme.  I like the idea of third parties.  I like the idea that you don’t have to choose the lesser of two evils, and you should feel as though you have an option.

I’m writing this post at approximately midnight.  In a few hours, polls on the Eastern seaboard will be open.   I hope everyone votes and that they vote for a candidate they like.  Soon, the election will be over, and someone will be our next president, but the unrest won’t end tomorrow.  Like it or not, we have to live with each other.  Social unrest won’t end with Hillary winning and, win or lose, Donald Trump’s supporters won’t vanish overnight.

In my younger years, when I talked to less people and entertained myself by walking around my town, I used to wonder if I ever came up in conversations I would never hear with people I didn’t associate with.  This was not too long before literally everyone had a smartphone.  In the years following I have a social media presence.  I probably post on social media a few times a week, whether by me actually posting or sharing something, between Facebook, Twitter, Instagram, and this blog.  Because of this, I imagine it’s something of an infinite-monkeys-with-infinite-typewriters scenario, and there is a more than likely chance that something I have posted has been screencapped by someone, and they have sent it to their friends.  Maybe they liked what I said, or maybe they think I’m naïve.  Maybe they like me or maybe they don’t, and everything I add to the Socialsphere adds to their derision.  I think most people, whether they know it or not, exist as a screenshot on someone’s phone, as a brief topic in someone’s messages.  And maybe it is flattering to you or maybe it isn’t, and there’s something terrifying about that.

END_OF_DOCUMENT_TOKEN_TO_BE_REPLACED

Last Friday students at my alma mater, Wyoming Valley West, took to the streets in protest of the school’s oppressive heat and ever-restrictive dress code.  After outside temperatures got into the high 80s, indoor temperatures rose past 100. There were reports of students fainting in class.  Schools around the area with faulty air conditioning were let out but WVW had not.  Seeing this as an injustice, students left school.  The protest garnered local media coverage that Friday and was the hottest local story that day.

END_OF_DOCUMENT_TOKEN_TO_BE_REPLACED

Season 23 of John was a roller-coaster of events, even though the work story arc calmed down for the most part.

END_OF_DOCUMENT_TOKEN_TO_BE_REPLACED

I binge watched Season 6 of Game Of Thrones this weekend, and while doing so I was reminded of those quizzes that flood Facebook where they ask you what GOT character you would be.  And countless people take these quizzes or else they wouldn’t appear on your Facebook and countless people come to the same conclusion.  They like to believe that they would be a Tyrion Lannister, Daenerys Targaryen, or Jon Snow when in reality, if they were plucked from our world into theirs, they would be nameless farmer #347763, destined to be slaughtered by rogue Wildlings, roving gangs, or one of the many conqueror families that are bound to happen upon their little hamlet.  I’m not saying this to be insulting, because it would be the same for me and just about everyone else.

END_OF_DOCUMENT_TOKEN_TO_BE_REPLACED

I’ve had to do a lot of bouncing around this week.  I’ve also had car trouble and some wriitng on the side I need to get done, so there won’t be any new posts this week. However, I have gained more of a following the past couple months, and was just recently the newest featured blog on NEPA Blogs, and I’ve wanted to create a guide to access the best of blogs I have written since February 2015.  Here is a list.  I hope this post will encourage more readers to browse my archive for something they like.

END_OF_DOCUMENT_TOKEN_TO_BE_REPLACED

Last Thursday around 3AM, my girlfriend, Danielle, and I went to the Emergency Room.  We went because she was having a mental health crisis.  We checked in and were quickly taken back to a room.  So far we met two people, the receptionist and the nurse that escorts you to your room.  These people were nice, and we wouldn’t encounter another nice person for hours.  We were put in your standard emergency room quarters; one foam bed, one uncomfortable chair, a sink, a television, and a blue curtain for privacy.  In ten minutes, a nurse came in.  She took in everything Danielle said and wrote all key information in pen on her right hand.  Several minutes later, a phlebotomist took Danielle’s blood while chatting with another coworker.  She threw her gloves off but only one of the gloves made it to the garbage.  The phlebotomist ignored this and left the room.  Around 3:30-3:45, a doctor came in.  He punched some info into a computer, rubbed his hand on Danielle’s shoulder, and said something along the lines of “We’ll get you patched up.”  He informed us a crisis counselor will be in soon.